5 Reasons Your Wife Doesn’t Listen to You 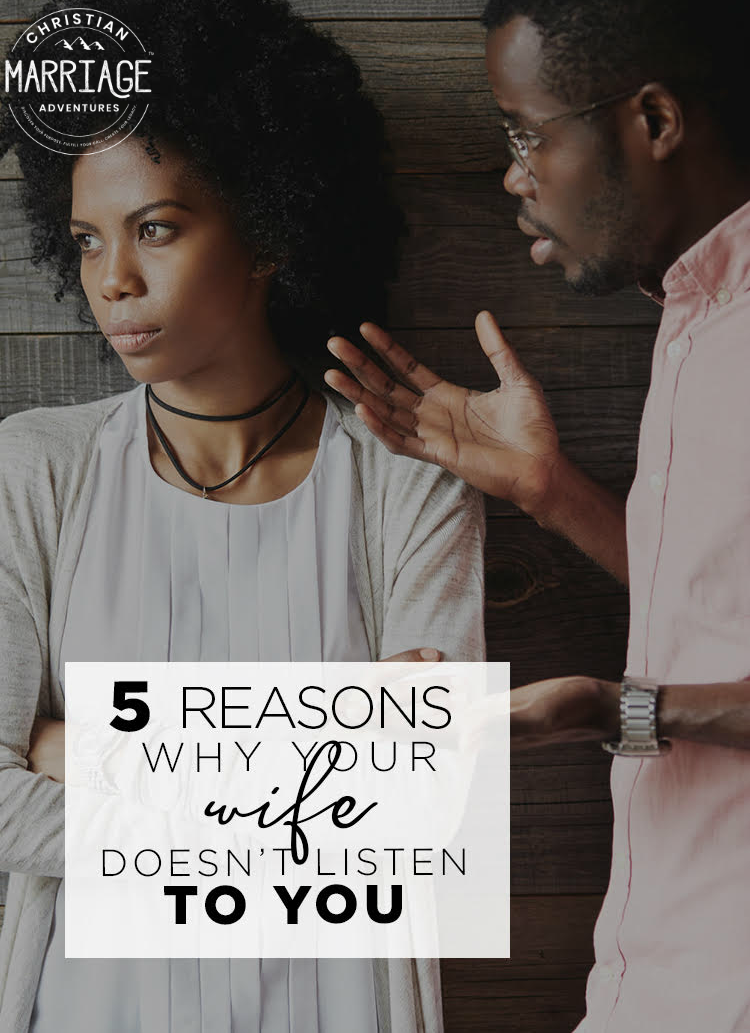 Wife Doesn’t Listen to You

5 Reasons Your Wife Doesn’t Listen to You…

Being married isn’t easy. There honestly isn’t any other way to say it, plain and simple. Ask anyone who is married and they’ll tell you that marriage is truly hard work. 100%. And even though it may be hard work, it’s 100% worth it as well. But sometimes, spouses start to get a little less than enthused when it comes to having to listen to everything that their partner has to say.

5 Reasons Your Wife Doesn’t Listen to You

Women remember everything. Everything. And even though they may forgive you, that doesn’t mean that they forget. If you find that your wife doesn’t listen, it may be because you’ve been down this path before and the end result was less than stellar. If your wife senses deja vu, she’s going to shut down and stop listening to what you have to say.

Hurts to read that a bit, but the truth isn’t always easy. If you’ve lied in the past, she isn’t going to trust or listen to you in the future. It’s honestly as plain and simple as that. Lie to her once, shame on you. Lie to her twice, shame on her. Sooner, rather than later, if she feels like you fib all the time, she isn’t going to listen to you at all.

Related: 5 Sure-Fire Ways to Cultivate Trust in Your Marriage

3. You only talk about you.

Your wife is your partner and loves you, but if all the words that come out of your mouth are only about you, it’s going to get old really quick. Diversify the conversation (meaning talk about things other than yourself) a bit and see if her listening skills improve. We bet they will!

4. You never take anything seriously.

Being the family jokester is fine, but in times when your wife needs you and your input, jokes aren’t appropriate. If your wife has tried to ask you for help in decisions in the past and constantly gets delivered jokes, she’s going to figure out how to function on her own and stop listening to your silliness. There’s a time and a place for everything, and sometimes it’s important to be there for your spouse however she may need.

5. You’re unable to make a decision.

It can be a frustrating feeling to feel as if your wife doesn’t listen to anything that you have to say. And while those emotions are valid, it’s also just as important to dig deep and try to understand what has changed to where your wife decided that she was going to stop listening to you.

If there are marital issues that need to be addressed, address them together. The longer that you let them linger and hang out, the more that they will grow. And if you want your wife to listen to you, listen to her.

It’s as simple as that. Show her the same respect that you want her to show you. Sit down and listen to one another and then start taking the proper steps to start repairing your marriage. And never forget that God’s grace is sufficient. The sooner you start focusing on Him and using His Word to work through your differences, the sooner you will experience a fulfilling marriage!

Mike + Carlie Kercheval are college sweethearts + have been passionately married since June 2000. They have been blessed with three precious children and are in their 15th year of homeschooling. Together they co-authored of the best-selling couples devotional, Consecrated Conversations™. Mike + Carlie founded Christian Marriage Adventures™ to help couples create their legacy with intention. They co-host The Marriage Legacy Builders Podcast and Legacy Marriage Builders Monthly Marriage Mentorship program.