How to Stop Avoiding Conflict in Your Marriage

Contrary to popular belief, conflict in marriage is NOT a bad thing. In all honesty, in order to grow, we must face the conflict as it arises in our marriage. It can be healthy when we allow God to be the center of it. What must be navigated are the red flags as they relate to unhealthy conflict and learning how to embrace getting through them for optimal growth in our marriage.

The “Red Flags” of Unhealthy Conflict

First and foremost, don’t believe the lie that good marriages don’t encounter conflict. What makes a good marriage isn’t the lack of disagreements, but how they are handled. What often happens is husbands and wives come into marriage with their own expectations and when those aren’t met, problems occur.

Most people admit that they were not taught or shown what a biblical marriage looks like. Either they grew up in a single-parent home, witnessed their dad leave their mom, or even saw their parents have multiple marriages. Even with the consequences and trauma that often breeds from those types of pasts, it’s not too late to learn how to properly manage conflict in your marriage. But first, let’s highlight a few red flags.

Both spouses have been given the blueprint of their roles by God Himself. Neither of these roles endorse controlling the other spouse, yet this happens much more than people think. Oftentimes, the root of controlling behaviors stems from an insecurity or learned behavior. Try to identify the areas your spouse is being controlling in and then have a conversation about what scripture says about it.

Anything other than your name or words that are uplifting/edifying should not be acceptable. Just like the controlling behavior, name-calling can branch from something much deeper than what can be identified on the surface. If you are being name-called, kindly ask your spouse to refer to you as your name.

Gaslighting is one of the biggest red flags when it comes to conflict. You’ll notice your spouse doing this if there is a presence of manipulation and control. If you’re being told that you take things out of proportion or that you’re being dramatic, followed by your spouse not taking responsibility, then those are signs of gaslighting.

There are a number of other red flags as well:

None of these are healthy for any marriage and in some cases, may need professional counseling. If you are experiencing conflicts that do not warrant red flags, try using some of our suggestions below for approaching conflict in a healthy and profitable way.

How to Stop Avoiding Conflict in Your Marriage

Address conflict as quickly as possible.

The longer time passes when a conflict has happened, the more the enemy will use it to try and make matters worse. Bitterness, wrath, and anger are three emotions that typically arise when conflict hasn’t been dealt with. To prevent these from festering, address conflict as soon as it arises.

Take time to evaluate the situation.

This doesn’t have to take a great length of time and in fact, it’s best if you do this with your spouse. Start the conversation with, “Let’s evaluate the conflict from both perspectives.” This will help set the tone and purpose of the conversation and open the door for you and your spouse to be heard respectfully.

Adopt an attitude and spirit of forgiveness.

When this happens, you’ll see marital conflicts in a much different light. It won’t be something you’ll try to avoid and instead you will want to deal with it so you can learn more about your spouse. Forgiveness also allows you to have a softer heart towards matters instead of taking the victim seat. You’ll see the conflict as a strength instead of a weakness.

See conflicts for what they are.

To reiterate, conflicts are not a bad thing. Instead of thinking arguments and disagreements are signs of an unhealthy marriage, see them as growth opportunity moments. When handled appropriately, you may find out something new about your spouse that you didn’t know before. Learning a new way to love and appreciate your spouse should be a goal of experiencing conflicts.

Conflicts in marriage should not be avoided. On the contrary, they should be accepted and handled in a godly way. Being prayerful throughout a conflict will help you stay focused on the ways God would want you to handle it because trust us when we say that your flesh will want to take over. Use the suggestions above to begin embracing conflict in your marriage instead of avoiding it. 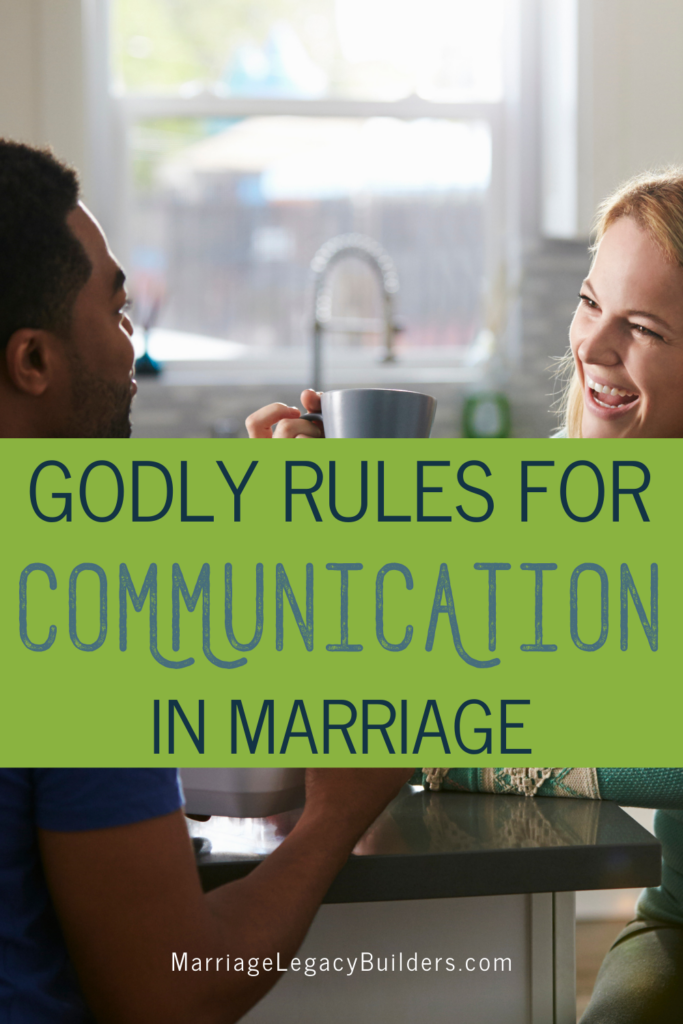