Common Marriage Problems (and how to overcome them) 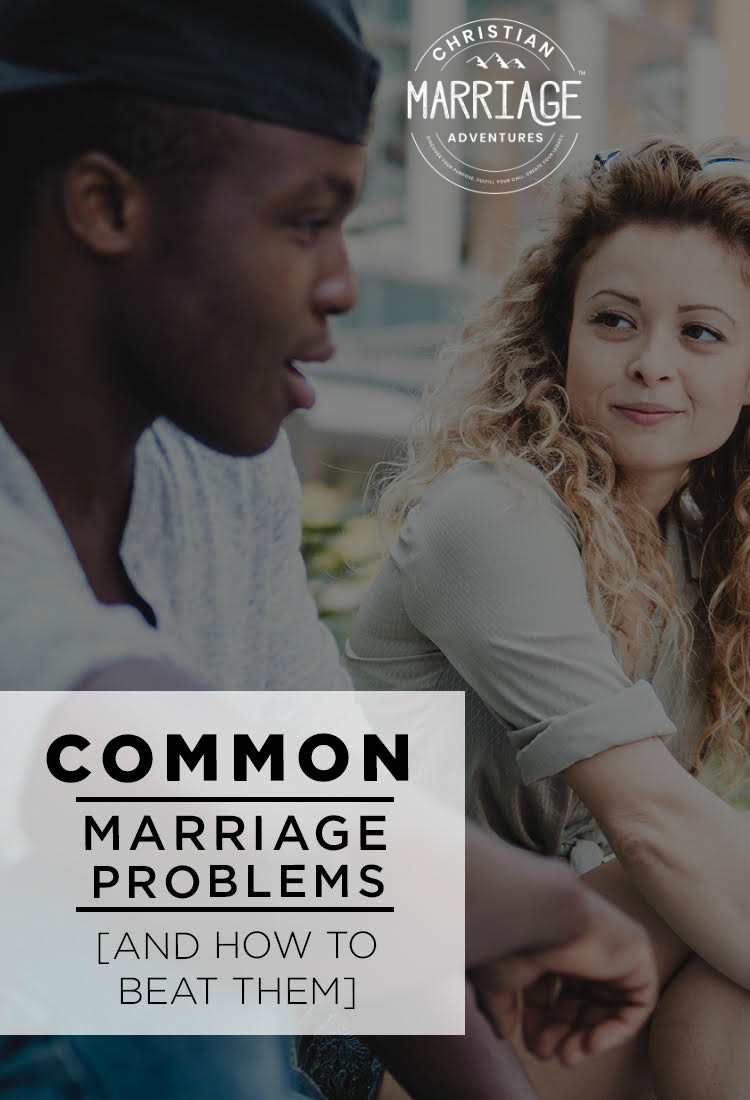 From the moment that you and your spouse utter those two magical words on your wedding day (“I do”), your life together as a couple has officially begun. In marriage, there are highs and lows, just as there are with anything in life.

If you and your spouse are beginning to show the signs that there may be a few marital issues starting to rear their head, don’t stress. With both of you being dedicated and committed to one another, there are simple steps to take to overcome them.

Common Marriage Problems (and how to overcome them)

Repeat this with us…You and your spouse do not belong together on the back-burner of your life together. Remember earlier when it was said that marriage takes work? Making time together is part of that work. Set a date night to happen weekly, or monthly and stick to it. NOTHING should cause you to cancel, reschedule or forget that date night.

NOTE: This 25 Minute Quality Time Challenge can help your connection get stronger!

Money can cause quite a rift between couples if it’s allowed to. A simple way to overcome the stresses revolving around money is to be open and honest and the household finances. Sitting down with one another and having a conversation about the status of money is a great way to communicate and also quite eye-opening for everyone involved.

This budget planner has helped us stay on track and have great communication with our finances.

No one likes to just be flat out told that they spend too much money or they “need” to stop spending money on this and that, right? Starting any conversation in that way is bound to make anyone be defensive! Instead, address the issue together and have each of your own responsibility for your own spending habits.

Deep down, each of you knows that a $5 cup of coffee each and every day probably isn’t the best financial decision, right? But being told that repeatedly by your spouse can come off a bit controlling and nagging. Instead, verbally state your own spending habits that you are going to cut down on, and wait for your spouse to do the same. It’s a mature and responsible way to handle the financial conversation that so many married couples dread.

Spoiler alert: Yelling, nagging, or being accusatory isn’t considered healthy communication. As adults, communication matters and is key to keeping your marriage strong and on point. Set aside some time each and every day to talk about ANYTHING.

Start the mornings together with a cup of coffee and enjoy the companionship and conversation. Finding ways to communicate more often is a great way to keep those common marriage problems at bay.

4. Unable to forgive for the past.

Sometimes, actions and words hurt. And sometimes, those actions and words can hurt for a really long time. If you’ve verbally told your spouse that you’ve forgiven them for the past, but mentally aren’t showing that to them, it will cause problems to surface in your marriage.

No one is telling you to forgive and forget, but if you decide that you want to move forward in a positive way for the sake of your marriage, you have to forgive and move past whatever you’ve forgiven them for. Bringing it up during random times or during verbal discussions isn’t fair to anyone, and it’s actually hampering the future success of your marriage.

Need some help in the forgiveness area?

Physical touch in a marriage is important. Hugs, kisses, hand holding, etc. are all simple ways that you can show your spouse you care. No one is telling you to go full blown PDA when out in public, but a gentle kiss here and there could mean the world to your spouse.

Closing yourself off will make your spouse feel as though they are unworthy, unattractive or that they’ve done something wrong. Why take the chance of projecting those thoughts and feelings to your spouse?

Make the time to reach out and grab their hand, snuggle in bed, or give them a back rub. Those simple touches will go a long way in fighting off the common marital problems revolving around lack of intimacy.

Keeping your marriage front and center in your life is important. When it comes to recognizing that there are a few marital problems that need fixing, it’s important to take action to get them corrected as soon as you can!

While the issues listed above are a few that may arise, there are others to consider as well. Always take the time to communicate respectfully with your spouse about your marriage, as communication is the first step to take to get any and all issues fixed!

Mike + Carlie Kercheval are college sweethearts + have been passionately married since June 2000. They have been blessed with three precious children and are in their 15th year of homeschooling. Together they co-authored of the best-selling couples devotional, Consecrated Conversations™. Mike + Carlie founded Christian Marriage Adventures™ to help couples create their legacy with intention. They co-host The Marriage Legacy Builders Podcast and Legacy Marriage Builders Monthly Marriage Mentorship program.