5 Lies About Christian Singles (You Should Not Buy Into)

Being a Christian in today’s society has struggles of its own. Add being a single Christian and you’ve just added an entirely new level of complications, or have you? There are many lies and limiting beliefs floating around that would have you believe that being a Christian single is a bad thing. But we beg to differ. There are actually many perks to being in this category. But first, let’s set the record straight on the top five lies most Christian singles may buy into. 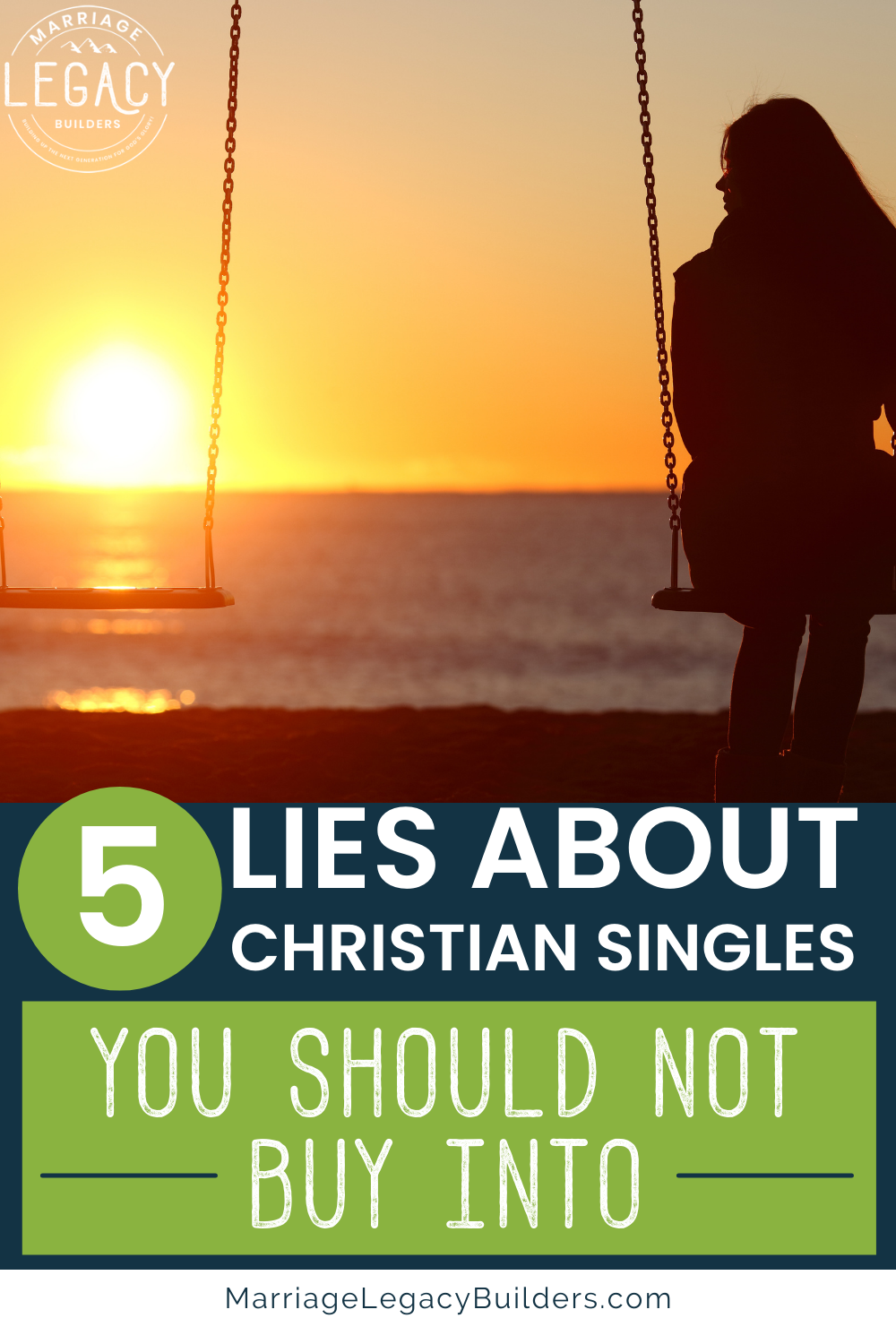 5 Lies About Christian Singles You Should Not Buy Into

Lie #1: If you are alone, something is wrong with you.

Your best friend has been dating the same girl for half a decade. Your other friend just proposed and is in the thicket of planning a dream wedding. Facebook and Instagram seem to telepathically be playing on your desire to get married because every other post is of a [seemingly] happy married couple or an engagement ring ad.

Now you’re battling with questions of why you’re not dating… how come you haven’t found the one… or, what’s wrong with you. Sound familiar? Of course, the enemy would love more than anything to disrupt your thought pattern and get you thinking that being alone is a bad thing. He wants you to bite into his way of doing things. Date around, have sex before marriage, or even jump into an unequally yoked relationship.

If you are alone, please know there is nothing wrong with you. On the contrary, now is the time to prepare yourself for marriage. Work on building a strong relationship with the Father and building the character required of a husband or wife.

Lie #2: When you get married life will get easier.

Mike and I will be the first to tell you that saying “I do” does not instantly reward you with a pass go and get out of (marriage) jail-free card. In fact, marriage has a unique way of bringing the deepest things out of a person and unless you are well equipped, some of the things will test you beyond what you can think or imagine.

Instead of focusing on marriage making life easier, look at how being the man or woman that God created you to be making life “easier.” You see, 9 times out of 10 people get married with all sorts of expectations that the other person rarely meets. Once they see the other person’s flaws or inability to meet their expectations, then all sorts of issues start. “But I thought married life would be easier,” most will say. “Not like this,” God whispers. “Pursue Me, seek Me, and be the husband or wife I called you to be, and you’ll see life getting easier.”

When a person’s happiness is wrapped up in other people, yes, it will be difficult to be happy alone. However, being single doesn’t mean you are alone. I’m sure you’ve heard the saying, “You always have Jesus!” but yes, friend, you do have Jesus and He is the best friend any of us could have. Not to beat a dead horse but it’s important to see your singleness for the blessing that it truly is. God will finish the good work He started in you, including a life with your future spouse. But for now, His plans could possibly include you working on yourself before tying the knot.

Lie #4: God has forgotten about me.

Circling back to the first lie’s example, when everyone around you seems to be getting married or are in long-term relationships, it can very well seem like God has forgotten about you. Rest assured that God knows exactly what He’s doing. Scripture after scripture we are reminded of His plans and His promises for us, including you.

Satan would have you believe that God has forgotten about you, but we can remind him and ourselves that God is not scratching His head wondering what’s next for you. Instead, it is our job to continue seeking and pursuing His will for our lives. Each time your mind is bombarded by thoughts of Him forsaking you, remember Hebrews 13:5 – “Let your conduct be without covetousness; be content with such things as you have. For He Himself has said, “I will never leave you nor forsake you.”

Lie #5: God will bring me a spouse when I least expect it.

Sadly, this is one of the biggest lies told by married couples to single people. Perhaps it’s in an effort to help them not focus on being single, but in reality, it can set up a vicious trap. Believing God will unexpectedly bring you a spouse is setting your mind and emotions up for disappointment because God doesn’t quite work that way. Yes, He is a God of miracles and He has a mysterious way of coming through, but when it comes to marriage, it’s not really a mystery.

Perhaps in your singleness, He wants you to find contentment in Him. Maybe He is wanting to teach you a lesson about faithfulness, trustworthiness, and provision. Regardless, your singleness is not an indicator that something is wrong with you or that somehow you’re meant to live in misery. Instead, focus on the blessings of singleness and believe the truths of God’s Word over your life!